As Kingfishers Catch Fire: Birds & Books by Alex Preston
My rating: 5 of 5 stars

A copy of this was provided free of charge from the publisher in return for an honest review.

It was Alex Preston’s Aunt that foster his love of the natural world and birds in particular. But in his teenage years, skateboarding and listening to Niverna was considered much cooler by his peers than being stuck in a draughty hide. This passion was suppressed but it never went away. Instead, Preston was drawn into an avian world between the covers of books where the poetry and writings from luminaries such as Dillard and Fiennes, Hardy and Hughes. It took another decade and a half for him to feel comfortable in the things that he wanted to do and this reignited his desire to watch birds again. 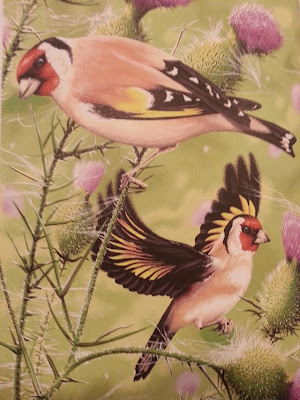 Taking us through twenty-one birds as exotic as the blue streak that is the kingfisher and the inspiration for the title of the book, the tiny wren, and the speed of the swifts, Preston extols the virtues of each, weaving in poetry and prose taken from the books that made an impact as he grew up. There are personal stories too, his father with cancer, being alone deep into Russia and his wedding in December. All of these memories are written with a stark honesty. 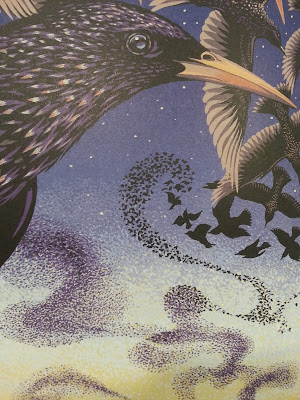 Each of the twenty-one chapters is fronted by a breath-taking image created by the graphic artist Neil Gower. These full sizes colour plates show the bird is a typical scene, a peregrine in a stoop, the murmurations of the starlings, Skylarks float over golden fields and the silence of the barn owl. Scattered throughout are black and white sketches of the birds and other objects, even the endpapers are a thing of beauty; the kingfishers that make up the pattern are caught by Gower in that moment as they dive to fish. Whilst I have read some of the books that he mentions in the text I now have a longer list of items that I want to read. Preston has got to the very essence of what makes the natural world and birds in particular necessary to make ourselves whole. The book is so well produced, with its spectacular cover, high quality pages and tactile binding. It is a joy to hold and a delight to read. 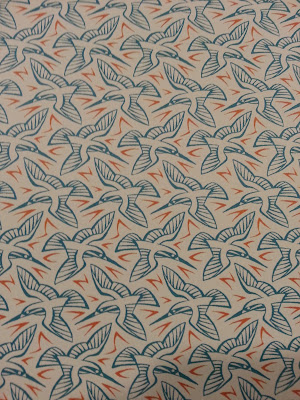 View all my reviews
Posted by Paul @ Halfman, Halfbook at 05:13