The Swansea University International Dylan Thomas Prize announced its 10th tenth shortlist shortly after midnight this morning. It is one of the UK’s most prestigious literary prizes as well as the world’s largest literary prize for young writers and is a commemoration of Dylan Thomas the celebrated Welsh poet who passed away 65 years ago. Seeking to find the very best in international fiction the prize is awared to an author under the age of 39.

The prize is worth a cool £30,000 to one of these six shortlisted books: 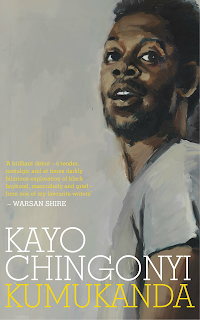 Translating as ‘initiation’, kumukanda is the name given to the rites a young boy from the Luvale tribe must pass through before he is considered a man. The poems of Kayo Chingonyi’s remarkable debut explore this passage: between two worlds, ancestral and contemporary; between the living and the dead; between the gulf of who he is and how he is perceived.Underpinned by a love of music, language and literature, here is a powerful exploration of race, identity and masculinity, celebrating what it means to be British and not British, all at once. 
Her Body and Other Parties (Serpent’s Tail / Graywolf Press)

In Her Body and Other Parties, Carmen Maria Machado blithely demolishes the arbitrary borders between psychological realism and science fiction, comedy and horror, fantasy and fabulism. While her work has earned her comparisons to Karen Russell and Kelly Link, she has a voice that is all her own. In this electric and provocative debut, Machado bends genre to shape startling narratives that map the realities of women's lives and the violence visited upon their bodies.
A wife refuses her husband's entreaties to remove the green ribbon from around her neck. A woman recounts her sexual encounters as a plague slowly consumes humanity. A salesclerk in a mall makes a horrifying discovery within the seams of the store's prom dresses. One woman's surgery-induced weight loss results in an unwanted houseguest. And in the bravura novella "Especially Heinous," Machado reimagines every episode of Law & Order: Special Victims Unit, a show we naively assumed had shown it all, generating a phantasmagoric police procedural full of doppelgangers, ghosts, and girls with bells for eyes.
Earthy and otherworldly, antic and sexy, queer and caustic, comic and deadly serious, Her Body and Other Parties swings from horrific violence to the most exquisite sentiment. In their explosive originality, these stories enlarge the possibilities of contemporary fiction. 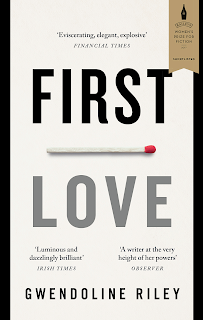 Neve is a writer in her mid-30s married to an older man, Edwyn. For now they are in a place of relative peace, but their past battles have left scars. As Neve recalls the decisions that led her to this marriage, she tells of other loves and other debts, from her bullying father and her self-involved mother to a musician who played her and a series of lonely flights from place to place.Drawing the reader into the battleground of her relationship, Neve spins a story of helplessness and hostility, an ongoing conflict in which both husband and wife have played a part. But is this, nonetheless, also a story of love? Frances is twenty-one years old, cool-headed and observant. A student in Dublin and an aspiring writer, at night she performs spoken word with her best friend Bobbi, who used to be her girlfriend. When they are interviewed and then befriended by Melissa, a well-known journalist who is married to Nick, an actor, they enter a world of beautiful houses, raucous dinner parties and holidays in Provence, beginning a complex ménage-à-quatre. But when Frances and Nick get unexpectedly closer, the sharply witty and emotion-averse Frances is forced to honestly confront her own vulnerabilities for the first time. 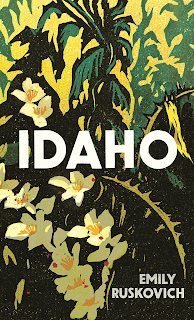 One hot August day a family drives to a mountain clearing to collect birch wood. Jenny, the mother, is in charge of lopping any small limbs off the logs with a hatchet. Wade, the father, does the stacking. The two daughters, June and May, aged nine and six, drink lemonade, swat away horseflies, bicker, sing snatches of songs as they while away the time. But then something unimaginably shocking happens, an act so extreme it will scatter the family in every different direction. 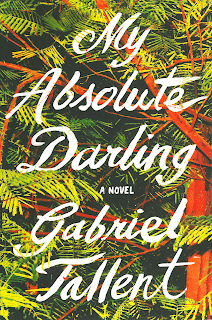 ‘You think you’re invincible. You think you won’t ever miss. We need to put the fear on you. You need to surrender yourself to death before you ever begin, and accept your life as a state of grace, and then and only then will you be good enough.’
At 14, Turtle Alveston knows the use of every gun on her wall;
That chaos is coming and only the strong will survive it;
That her daddy loves her more than anything else in this world.
And he’ll do whatever it takes to keep her with him.
She doesn’t know why she feels so different from the other girls at school;
Why the line between love and pain can be so hard to see;
Why making a friend may be the bravest and most terrifying thing she has ever done
And what her daddy will do when he finds out …
Sometimes strength is not the same as courage.
Sometimes leaving is not the only way to escape.
Sometimes surviving isn't enough.
There are som really interesting looking books there, I do not envy the judges picking from that lot!

The winner will be announced on 10th May. Follow @dylanthomprize and the hashtag #IDTP18 on twitter for more information