The Lost Words by Robert Macfarlane
My rating: 4 of 5 stars

Gone are the days when children’s alphabets would begin with A is for Acorn, B is for butterfly and C is for caterpillar. Now days it is likely to be A is for Acer, B is for Blackberry and C is for Cisco. Back in 2015, The Oxford University Press dropped around 50 words that were drawn from the natural world from the latest edition of its Junior dictionary; they argued that it was less relevant as children were spending less time outside and were glued to the screen of a tablet or phone. The alarm that this caused was quite noticeable, authors such as Morpurgo, Attwood and Maitland wrote to the OUP asking for them to be reinstated in the dictionary. 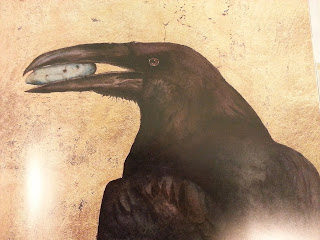 One of the other signatories to the letter was Robert Macfarlane. He has been collecting words on and about the natural world for many years and if you follow his Twitter feed you will see him post a new word every day expounding the delights of the world around us. But he was in a position to do something else about it too. Words that had been floating away in the air like seeds from a dandelion clock have been found and rehomed in this sumptuous book written by Macfarlane and the artist Jackie Morris; The Lost Words. 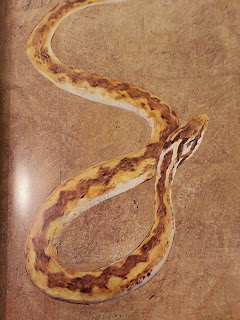 It is not a long book, the spells written by Macfarlane (he claims that he is not a poet, but he is wrong) has a resonance that is soothing and salient at the same time as well as having their roots deep in the natural world. It is the pictures that make this book really special though; Morris’s art for this book is richly portrayed, full of energy and life, there are letters that swirl across a page, she has captured the steely look from a raven and the blur of a kingfisher just perfectly. It is primarily a book for children, but many others will find solace in the way that it seeks to lead people back into the natural world make this such a special book to possess.

View all my reviews
Posted by Paul @ Halfman, Halfbook at 10:53