For me, independent publishers are the people in the industry who are prepared to take risks on new authors and books where the larger players either don't wish to venture, or where they can't see there being a return on. Each month in 2018 I am aiming to highlight some of my favourite independent publishers, along with some of their books that I have loved and also to have someone from the publisher answer a few questions. This month is the turn of Slightly Foxed

Each year the Uk publishes a staggering amount of books. A number of these end up on the bestseller lists, but in amongst those headline books are lots that never have the same level of hype and publicity. Sometimes this is because the budget isn't there to promote them properly or they are languishing on a backlist. This is where Slightly Foxed comes in, it has an independent editorial team and a raft of people who contribute who are passionate about reading and books and who pick books that you almost certainly haven't heard of.

Not content with helping people discover books that most wouldn't have heard of and feature them in their magazine, they took the steps to start to republish some of what they considered the best that had dropped out of print. They now have a selection of beautifully made books that are there for a new generation of readers. If the books and magazine aren't tempting enough, then there are some carefully chosen literary gifts that will have you reaching for your wallet fairly quickly.

So thank you Steph and the Hattie, Olivia, Anna and Jennie at Slightly Foxed for taking time out to answer my questions.


Can you tell me a little about the history of Slightly Foxed?

Slightly Foxed started life in 2004 after the sale of the independent publisher John Murray to a large conglomerate. Gail Pirkis, former managing editor at Murrays and Hazel Wood, a Murray editor and journalist wanted to set up a bookish company with the emphasis on independence.  After much thought, Slightly Foxed, the quarterly literary review was the result.  It started around Gail’s kitchen table with a handful of staff, including Steph Allen from Murrays and Kathleen Smith from Waterstones. Kathleen moved on to the bookshop Topping & Co in Bath, but the original team are all still there – aided by Jen Harrison Bunning who arrived in 2006 and a strong team in the office (more of whom below).  It is a testament to Slightly Foxedthat staff have a tendency to stay.
After 4 years of publishing the quarterly we moved into books, specifically reprinting memoirs and autobiographies no longer in print. The Slightly Foxed limited editions, beautifully produced pocket hardbacks in an enticing array of coloured cloth have become collectors’ items.  Following on from their popularity we launched the Slightly Foxed paperback series and the Foxed Cubs – a children’s series of historical novels from Ronald Welch.  Plain Foxed Editions followed on.
For a short while we had a second-hand and new bookshop on the Gloucester Road, which was wonderful while it lasted, but we have now established an online bookshop offering presents for bookish friends or relatives and a carefully chosen range of book-related merchandise, including bookplates featuring wood engravings by some of our favourite engravers.
We have an active marketing team who combine traditional marketing (advertising, inserts etc) with a stylish social media presence, a growing partnership scheme with other like-minded magazines and organisations and regular events. We aim to launch each quarterly at an independent bookshop, or other venue that has a connection with our latest issue or edition and we have a one-day literary festival held every November in the Art Workers’ Guild in Bloomsbury
How is the company organised today and how many people work for you? 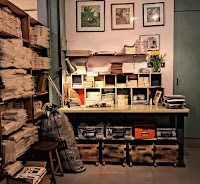 We have a busy office with four full time staff.  Jen Harrison Bunning looks after our website design, oversees our social media presence and future projects.  Anna Kirk deals with bookshops and our partnership scheme, alongside editorial assistance.  Olivia Wilson runs our renewal programme and will be our new podcast manager and along with Hattie Summers keeps our readers happy, dealing with their subscriptions and book orders.  Our editors work mainly from home, in Devon and London and we have three part-time staff who help with packing, marketing, accounts and events.  At busy times everyone does a bit of everything! We also have two contributing editors.  Once a month the editorial team and the marketing team meet up and we aim to get the full staff together at regular intervals – for a little gin and a catch-up.  Altogether there are 11 staff and between us there are also 6 office dogs and 3 cats!
What is the company philosophy when it comes to selecting contributors for your journal?
Our contributors come from all different walks of life – some well-known in the literary world, some not – but what they all have in common is the ability to write personally and entertainingly about books they love and return to.  The end result is not so much a review magazine as a collection of literary enthusiasms and book recommendations.
How do you go about choosing the titles to be included in your portfolio?
Our memoir list is primarily selected by Gail and Hazel (our editors), from a mixture of favourite past reads, titles suggested by other staff members and some suggested by readers.
Tell me about your process after selecting a book for publication
After obtaining the rights from the agent, the book enters the editorial and design phase (see below).  We announce each title to our subscribers, a number of whom have a repeat order of the same limited edition number.

How much effort goes into the design of the book, for example the cover design, font selection and so on?
The look of the issue and our editions is extremely important to Slightly Foxed.  The issues are A5 in size, 96 pages and are printed on high-quality, cream-coloured vellum to stand the test of time (many of our readers collect back issues and we have slipcases for them to house an annual subscription).  Each issue has a specially commissioned cover and we have a number of artists who return to us time after time. Cover artists include Posy Simmonds, Quentin Blake, Angie Lewin and Sue Macartney Snape among others.
Our cloth-bound limited edition series was inspired by the pocket hardbacks of the 1920s-40s and much work goes into the choice of cloth colour, endpapers and ribbon.
Key to the Slightly Foxedlook and ethos are our printers, Smith Settle in Yorkshire who have been with us from the first issue.  They are a traditional craft printer with a reputation for high-quality printing and bookbinding.
Are there any up and coming books that you are publishing soon that we need to look out for?
We are bringing out Brendon Chase from BB, our third reissue of a BB title and greatly anticipated. We are also looking forward to bringing Rosemary Sutcliff’s historical novels for children in the Foxed Cub series.
In our limited edition series we have memoirs from Ernest Shepard, Jennie Erdal, Jan Morris and Eric Newby coming out in the next eighteen months.
What debut authors are you publishing this year?
Something new for us – Philip Rhys Evan’s A Country Doctor’s Commonplace Book, due out in September.
How did you come across them?
He is one of our readers and sent his manuscript in!
What title of yours has been an unexpected success?
Terms & Conditions: Life in Girls’ Boarding-Schools 1939-1979by Ysenda Maxtone Graham.  We had wonderful review coverage for this title and reprinted 6 times!

What would you say were the undiscovered gems in your catalogue?
There are almost too many to mention, but books that our readers have discovered for the first time and loved include Diana Holman-Hunt’s My Grandmothers and I, John Hackett’s I Was A Stranger, Gavin Maxwell’s The House of Elrig, Michael Holroyd’s Basil Street Blues and Adrian Bell’s trilogy of farming memoirs.
How do you use social media for promoting books and authors?
Social media has become increasingly important to us for publicity and marketing purposes.  We use twitter and facebook to promote events, share news from other publishers and spread the literary word and we have a stylish, carefully curated instagram site which is worth taking a look at if you haven’t done already @foxedquarterly
Is working with book bloggers becoming a larger part of that process now?
Yes, Jen Harrison Bunning who plans and photographs our Instagram posts is connecting with an increasing number of book bloggers.  We always share any bloggers posts about Slightly Foxed and enjoy reading them in the office. 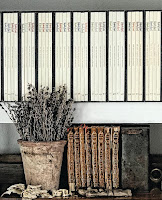 What does the future hold for Slightly Foxed?
Podcasts! We are excited to be joining forces with a podcast company to produce our own carefully selected content and round the table discussions from the Slightly Foxed team.
We will also be celebrating the publication of our 60thissue in December with an event at the London Library.
A big thank you to Steph and the team at Slightly Foxed for taking time out of their hectic schedules to answer those questions for me. I really appreciate it. I have contemplated getting a subscription for a while now, and after reading this have taken the plunge. If you do want their books, get them direct from the website or I would urge you to buy them from an independent bookshop as you can as this support them, the publisher and of course the author with one purchase.