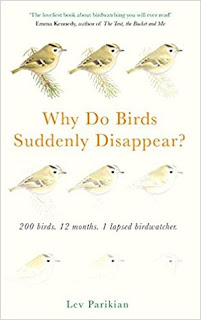 The picture of the cover doesn't really do it justice. The artwork is exquisite and the title has fine copper foiling, not only that it has a nice heft to the hardback too 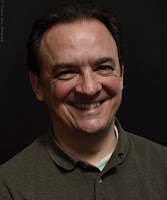 A little about the author first. most of the time he is not an author, rather he is a conductor. No, not the one on a bus, but the guy with a small stick who manages to coerce an unruly bunch of musicians into producing marvellous music. He even wrote a book about it called, Waving, Not Drowning. With his second book, he feels that the balance has shifted from just being a conductor to being a writer too. This book was crowdfunded by the new publisher on the block, Unbound. He is currently seeking funding and ideas for his latest venture called The Long and the Short of It where you can suggest the ideas to be written about.

Anyway, back to today's book. Here is my review of the book:

At the age of 12, Lev Parikian was an avid birdwatcher. He had a huge list of birds from the common or garden to the exotic neatly ticked off. Except he hadn't seen some of them, in fact, he had probably only seen half of them. There has been a smidgen over six hundred species recorded as being seen in Britain, and as the bird watching bug bites again after a walk around the park in an attempt to combat middle age spread, Parikian feels that this time he needs a challenge and this time to do things properly. So there are rules; there has to be because this time it is serious.

But what sort of target should he go for? A friend of his managed 206 in a single year, but he was an avid bird watcher, 100 would be too easy and 300 would be unrealistic. A lot of birds that have appeared over here are very rare, swept in by the Atlantic storms and take a day or so to re-orientate themselves before disappearing once again. But first, he needs to create a list, because every birder needs a list. Separating the birds into four categories, already seen, will probably see, might see and no chance (one is now extinct after all) and the list has been whittled down from a vast 600 to an unmanageable 200. It should be ok, shouldn't it?

Starting with the ubiquitous blue tit, so begins a very amusing story of trying to track down his 200 ticks. It will take him from the Dorset shorelines to the dramatic west coast of Scotland, the big skies of Norfolk and the waters of the Somerset levels. He has some spectacular finds and spends a lot of the year not seeing any owls at all; there was one here five minutes ago is not what you want to hear. Some of the trips he is accompanied by his wife and son who seem to tolerate his new obsession and he is helped by other bird watchers that are generous with their time, expertise and telescopes. Two hundred birds in one year is a big ask, can he do it? Will he actually see ll the birds? Can he stick to the rules, or will it be a project that will join the other abandoned ones alongside the discarded resolutions on the barely used yoga mat…

Parikian has written a thoroughly enjoyable book that because of his bone-dry wit had me chuckling and laughing out loud at times. I thought that it was written with genuine warmth about his feathered subjects, his cricket and spreadsheet obsession and his love of life in general. There are amusing anecdotes about him learning to become a conductor at the same place that his father worked as well as nostalgic and poignant moments about growing up and losing his father. One to read and enjoy, and maybe make you reach for the binoculars.

Thank you to Unbound for providing a review copy.

Don't forget to get your copy from an independent bookshop. By doing that you support, them, the author and the publisher. Follow the others on the blog tour too: 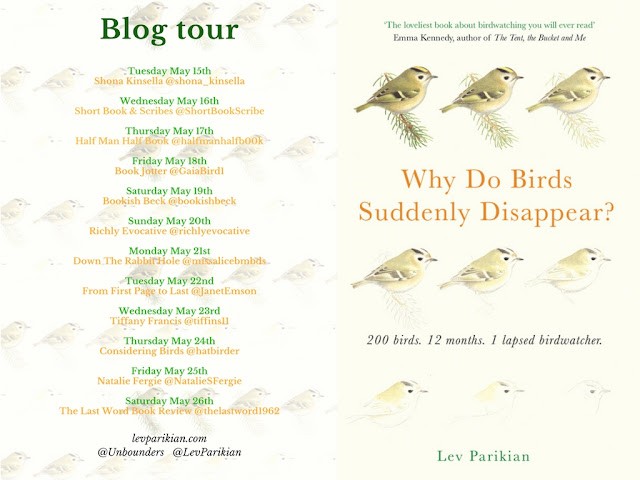